Skip to content
Return to top
On this page

Using any IP address scanner to search your network subnet and locate the gateway IP address. The gateway hostname is configured to iqube.

The gateway boot process takes about 30s and it takes additional 10s before Gateway led described in below chapter LED operation is stabilized.

It is recommended to power-off the gateway using Gateway button described in below chapter Button and then unplug the power supply. It takes about 30s to shutdown the device completely. This ensures correct power-off of the device. 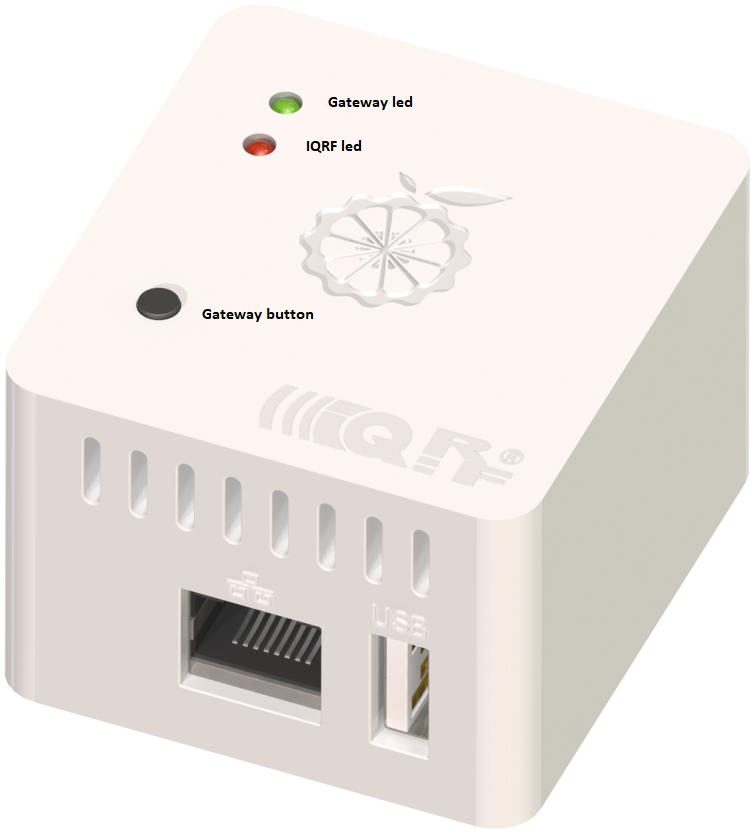 There are 2 two-colour LEDs available on the gateway. IQRF Coordinator LED and Gateway LED. Gateway LED follows these rules:

While button is being pressed green LED is on.

Web server is running on default port 80 by default. Create your username and password when login for the first time or after restoring default setting using Gateway button.

Information about installed software, resources and TR module is well displayed on the page. Download diagnostics button saves all the necessary logs for the further analysis.

IQRF gateway daemon log is displayed and can be downloaded.

IQRF gateway daemon can be switched to different modes.

IQRF IDE connection to the gateway. 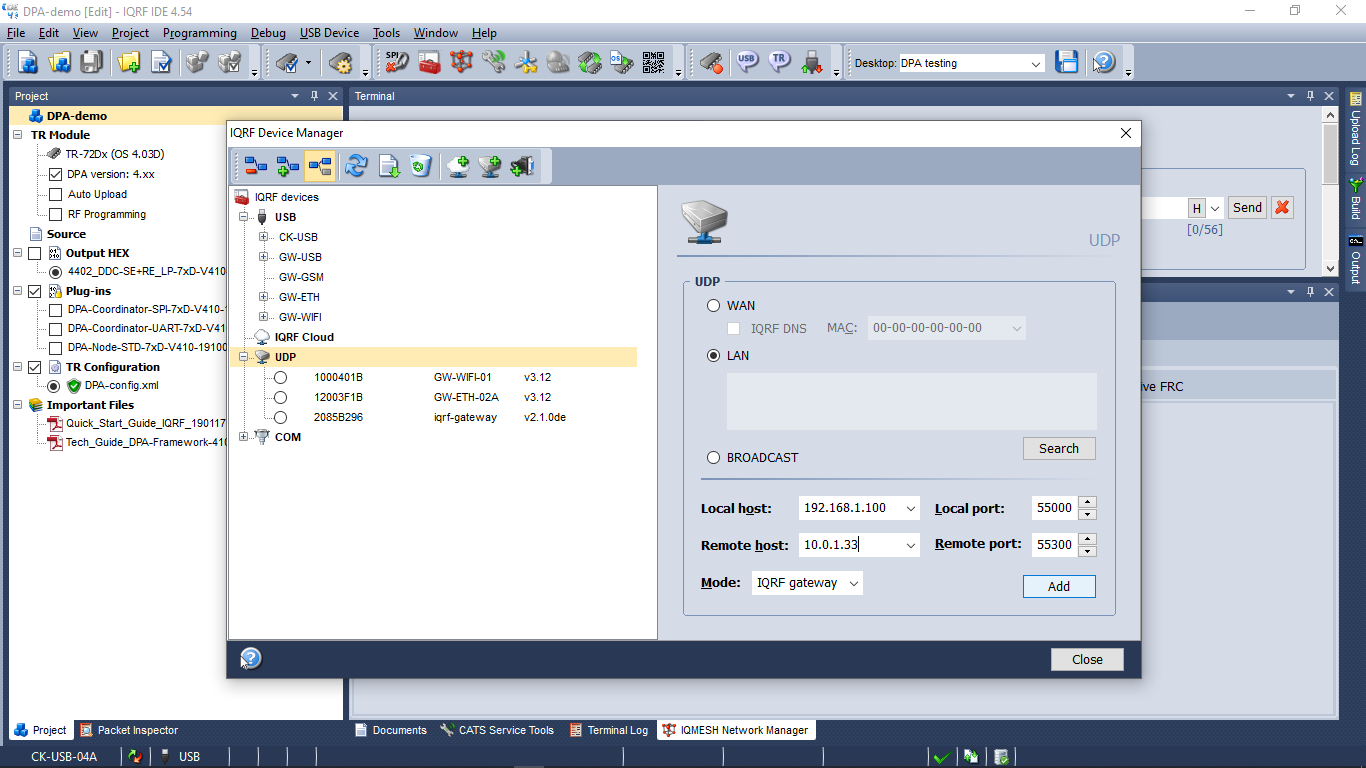 SSH service management. The service is disabled by default.

Linux packages can be installed automatically by the system itself. This also updates any new packages related to IQRF Gateway SW such as iqrf-gateway-{daemon, uploader, controller and webapp} from stable release repository.

Mender artifacts are provided for Yocto based images.

The gateway power control for graceful restart or power off.